Manuel J. Vélez
I am currently an Assistant Professor of Chicano Studies at San Diego Mesa College in San Diego, California. I hold an MFA in Creative Writing from UT El Paso and have a collection of poems published through Calaca Press entitled Bus Stops and other Poems. I am also the editor of La Revista Calaca, a collection of contemporary Latino literature. 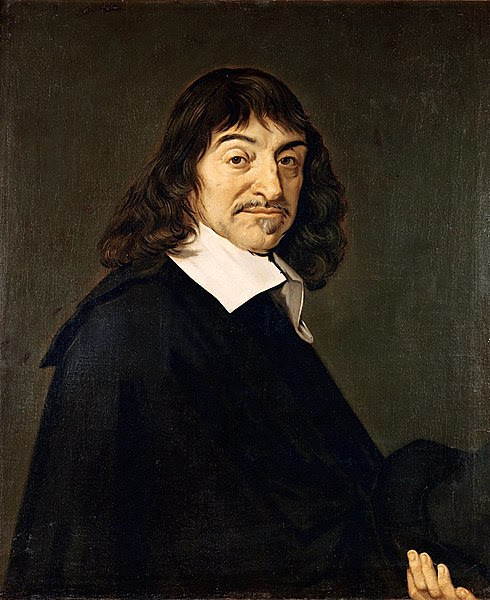 Rene Descartes once famously deduced, "I think, therefore I am". He came upon this deduction after concluding that the statement, "I think" was the only one he could make with absolute confidence in its "truth". While we have come to accept Descartes' declaration as "true" in a pop-cultural sense (in the same way as Murphy's Law is accepted by many as true) many of us still do not understand the real meaning of this statement. By stating that the "act of thinking" is the only undeniable truth, Descartes rejects perception as a reliable method of determining existence (or constructing knowledge. Read about his Wax Argument for more on this). In other words, Descartes is telling us that we cannot trust those material things around us to define our existence; they're unreliable. Instead we are defined by how we think of those things that surround us; better yet we are defined by the simple act of thinking about them, regardless of the conclusions we arrive at. To exist then, is to not simply perceive but to think.

But in today's society "to think" has become virtually non-existent. The proliferation

of media in the late 20th and early 21st centuries has made it obsolete, replacing the thought process with talking-heads, sound-bytes and photo-ops. We are no longer hindered with the burden of thinking. We can simply turn on our televisions, surf our favorite websites and blogs and create the perception of thought by stringing together superficial catch-phrases like slogans on the t-shirts of the body politic (Even that description is too active for today's society! Now we experience signs indirectly and absorb them subconsciously, repeating them as if they come from our own mind)! Political and social discussion has been replaced by the icon and the sound byte. Theoretical (or any kind of) discussion has been reduced to quick catch-phrases

meant more to appeal to our emotions rather than our intellect. It has become more important that a candidate wear the right accessories on his/her clothing or make the right statement than he/she present an articulate and well-thought-out idea. Given all of this, Descartes' statement, deduced well over 300 years ago seems all the more poignant and complex and forces us into far deeper questions than it does drive us towards answers. If our existence is defined by the act of thinking, what do we say about a society who for all intents and purposes has ceased to think?
That question is the driving force behind this blog.

While it's true that our society's language has become the fragmented and superficial signs of the media, it is not true to proclaim these signs as useless in determining the nature of our existence. Even if the signs themselves replace thought in our society, they are not exempt from being the subject of thought. As the Palestinian theorist Edward Said claimed, "any and all representations … are embedded first in the language and then in the culture, institutions and political ambience of the representer … [and are] interwoven with a great many

This blog will be my venue to do exactly that. Each week (or so...) I will post a blog focusing on some issue/discussion/event/ etc. impacting our society and, more importantly, analyze the media's role in how that issue is represented. [Given that I am the "representer" of this blog] everything that I discuss here will be from the perspective of a Chicano "self" but the subject will not always be directly related to that community. For example, my first post will focus on Jesse Jackson's recent "slip up" on Fox News, and certainly in the coming months you'll see an emphasis on the Obama campaign given its historical significance (and in all sincerity...that campaign says so much about race and power in this country that it has to be discussed). Equally, while my own ethos will become obvious through the course of my blogs, my intention here is not to argue for or against a certain political or social cause. Instead I want to take a cultural studies approach towards an analysis of the proliferation of news and media images and their impact on identity and perception, particularly in regards to the Chicana/o community.

This is it...my experimentation with the 1st truly 21st century medium..The Blog. In my beginning there was Descartes; Where it goes from here, I can't at all say. I can only say that I look forward to the journey.